For Rob, as most likely for you, it all began on “The Courts”. When he was a year old his parents immigrated from The Netherlands to the U.S. and Akron, Ohio. His father was offered a position at one of the four major tire & rubber companies. At that time Akron, Ohio was the Rubber Capital of the World. As a young kid he started playing at “The Courts” in Tallmadge, right outside of Akron, Ohio. After high school he played and graduated from Ashland College, now a Division II university. As an independent college Ashland qualified for the NCAA tournament his last three years in a row with a final record of 59-19. In 1978, after receiving his bachelor’s degree in business he returned to The Netherlands to play professional basketball for three seasons.  After two ankle operations and being diagnosed with diabetes he took a sabbatical year off from playing and graduated from Thunderbird School of Global Management  with an International MBA degree in 1983.

During his ten year basketball career in Holland he was a member of three national championships wherein one with EBBC and two with Nashua Den Bosch, one European Cup II(1979) final and three EuroLeague Championship competitions wherein his teams ended up 5th in 1980, 3rd in 1981 and 2nd round in 1983 with Donar, Groningen. With 52 games in five years as a member of the Dutch National Team they finished fourth in the 1983 European Championships. The highest ranking ever for the Dutch National Team. As captain, from 1983-1985, they qualified for the only and last appearance of the Dutch at the 1986 World Championships.

After a 10 year basketball career in 1989 he went into business and worked as a commodity trader at Cargill Inc., financial consultant at Merrill Lynch, export manager to Eastern Europe at Friesland Campina Dairy Foods and for eleven years director of his own sport marketing business, Manage to Sport. For 17 years, alongside his business background, Rob has coached youth basketball talents of all age groups. During this time he has also been a member of the board. He has, therefore, played at both ends of the floor and knows exactly what you as club are looking for in a player and what a player is looking for in a club. Commitment and dedication from both sides is an excellent beginning to achieve a fruitful relationship for all involved. 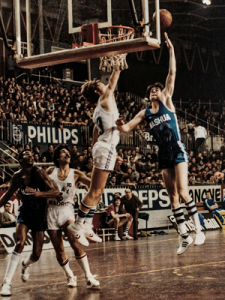 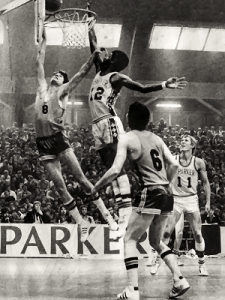